Saving SSI for People with ADHD 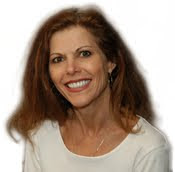 This week's guest blog is by Soleil Gregg.

Imagine that you have a child with very severe ADHD symptoms, serious behavior problems, and a recent expulsion from school. Then imagine that you have no job and very limited resources to pay for treatment, medication, or assistance for your child.

This is the plight of many families who apply for Supplemental Security Income for their child with a disability. SSI is a program of Social Security that provides assistance for children and adults with disabilities who are living in poverty. Recently this program has been threatened.

Since its founding in 1987, CHADD has worked tirelessly to improve the lives of individuals with ADHD through education, advocacy, and support. The fruits of this labor have been increased understanding of ADHD as a neurobiological disorder and recognition that the disorder can be debilitating throughout the lifespan. Thanks in part to CHADD’s efforts, eligible children with ADHD are now able to receive education services under Section 504 and IDEA, college students and adults with ADHD may be eligible for accommodations under the ADA in the classroom and workplace, and children and adults who are severely affected by ADHD and meet incomes guidelines may qualify for SSI to help with their care and treatment.

But just when we are feeling good about the strides we’ve made over the years to improve the lives of people with ADHD, something comes along to shake us out of our complacency and make us aware of just how tenuous these gains might be. Such was the case when we learned that SSI for children with ADHD was in jeopardy.

Last fall the Boston Globe ran a series of articles on SSI fraud, claiming that some low-income families have their children diagnosed with ADHD and give them “drugs” solely to get SSI, implying that a substantial number of children are being misdiagnosed with ADHD and unnecessarily medicated by doctors and parents. While CHADD certainly doesn’t condone fraud, the Globe articles presented no real evidence that there is fraud in SSI—only a few anecdotes.

In fact, the number of children who are approved for SSI for ADHD is relatively small, given current knowledge of the incidence of ADHD. In order to be eligible for SSI, a child must have a diagnosis of ADHD (or another disability) and meet very restrictive functional criteria and income guidelines. SSI is intended to be reserved for those in financial need with the most severe impairment. Recent SSI data showed that nearly 71 percent of children applying for SSI for ADHD were denied approval, ranking ADHD in the lowest quartile of approval rates for childhood mental disorders.

Nonetheless, the Globe series raised concerns in Congress and prompted several members to request an investigation of SSI by the U.S. Government Accountability Office (GAO), particularly focusing on children with ADHD, depression, and other mental impairments.

CHADD began working with the SSI Coalition for Children and Families, spearheaded by the Bazelon Center for Mental Health Law, to address Congressional concerns and to preserve SSI for eligible children with ADHD and other mental health disorders. Then, to make matters worse, we learned that the House Budget Committee had added language to its budget report to remove “incentives for parents to place their children on medication solely to receive SSI benefits” and, more recently, to specifically eliminate ADHD from SSI altogether as part of spending cuts.

During the week of July 21, the SSI Coalition managed to arrange a briefing with Senate Finance Committee staff despite the looming debt ceiling crisis. CHADD identified a mother, Suzanne Poe, whose child receives SSI for ADHD and who was willing to come to Washington on a moment’s notice and share her family’s experiences. Suzanne and CHADD CEO Ruth Hughes met with staff from seven Congressional offices in addition to Finance Committee staff.

I am happy to report that these meetings were very successful, and Suzanne was a fantastic voice for families. The very best news we heard is that the proposal to take ADHD out of children’s SSI is now off the table and no longer part of the overall budget negotiations—that ADHD is no longer a target.

But we are not out of the woods yet.

There are still discussions about limiting the SSI program, and many programs will surely face cuts under the debt ceiling agreement. In addition, the Homeland Security and Government Affairs Committee has requested the GAO to look at “waste and abuse of prescribing practices” for children in foster care, and another group of senators and representatives has asked the GAO to look at rates of mental health conditions and medication use in children in Medicaid, the Children’s Health Insurance Program (CHIP), and foster care. We have also learned that Secretary Kathleen Sebelius of the U.S. Department of Health and Human Services has a special interest in medications for mental disorders in children enrolled in Medicaid and CHIP.

CHADD will review the GAO reports when they are released. We will keep you posted on events as they develop and let you know what you can do to assist us in protecting the rights of people with ADHD.

Rest assured that CHADD will do its very best to educate policymakers on Capitol Hill about the challenges facing children, adults, and families with ADHD. CHADD will work to preserve the hard-fought gains we’ve made in recognition, treatment, and services over the past 24 years.


Soleil Gregg is past secretary of CHADD’s board of directors and past chair of the public policy committee and editorial advisory board for Attention magazine. She represents families with ADHD for CHADD on AACAP’s Pediatric Pharmacology Initiative and is a member of the SSI Coalition. She is a retired education consultant and worked as a disability and policy specialist at one of the regional educational research laboratories and regional technical assistance centers. She is a mother of two grown children with ADHD and is also an adult with ADHD.
Posted by The ADHD Blog at 12:20 PM

As the mother of a child recently diagnosed with ADHD it's hard to fathom not having the financial resources to help him.
His diagnosis this past May (a week shy of his 7th bday) was a godsend. It provided insight into the angst and frustration he has spent much of his young life dealing with. In understanding the cause of his struggles we now have the power to help him.
He has been taking medication since the 1st week of June, combined with behavioral therapy every other week. The results have been remarkable.
I am convinced, beyond a shadow of a doubt, his ability to receive the help he needed (when he needed it) saved his spirit.
Learning to successfully live with ADHD will be a lifelong journey for all of us. I am grateful for all the resources available to help us along the way.

Medicaid has also put strategic paperwork trails in place for children who have ADHD and other mental health disorders. It has been a vexing headache of approval forms for additional appointments, additional forms just to continue to receive medications, and all sorts of crap. It has made life really difficult the past couple of months trying to keep my kids' services intact for mental health and ADHD issues. This makes sense after reading through this article. they are cracking down on mental health services but in the meantime are making it more difficult for those who need it, to receive medication, and more difficult for those who need it to receive continued care beyond what they approve as a standard for the average Medicaid recipient. There needs to be more flexibility for children (and adults) who are diagnosed, and whether that means they have to classify them on a separate version of Medicaid or whatever they need to do, they just need to stop making it harder on our kids who need these services.