Last week there was a lot of media buzz about a new product that uses brain waves to help diagnose ADHD. While the FDA press release was very carefully worded, the media was not always so careful. Below is a guest blog by Martijn Arns, PhD, a biological psychologist and researcher affiliated with Utrecht University in the Netherlands, to give all our CHADD members more information about this assessment device. This statement has been approved and adopted by CHADD’s Professional Advisory Board, the group of leading researchers and clinicians who help CHADD stay grounded in the science. - Ruth Hughes, PhD

A comment on: FDA permits marketing of first brain wave test to help assess children and teens for ADHD 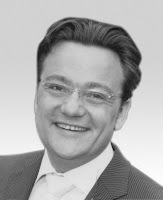 In July 2013, the US Food and Drug Administration issued a press release with the above title, which quickly became very popular and attracted worldwide coverage with sources referring to it as a first brain test to diagnose children with ADHD. The test is commercialized by NEBA. The brain wave test referred to by the FDA consists of an EEG test (a technique which measures the electrical activity of the brain) whereby specifically the theta and beta waves are quantified and expressed in a so-called Theta/Beta ratio. Indeed, this measure has often been reported in scientific literature to deviate in children with ADHD. However, a recent meta-analysis which included all literature published on this measure to date – including a study from authors affiliated with NEBA – concluded that Theta/Beta ratio is not a reliable diagnostic marker for ADHD.* In a minority of ADHD patients (~25-30%), this measure is consistently found to deviate; however, such a percentage is too low to be used as a standalone diagnostic test.

According to the FDA release, this brain wave test is also not approved as a standalone diagnostic test, but rather: “When used as part of a complete medical and psychological examination, the device can help confirm an ADHD diagnosis or a clinician’s decision that further diagnostic testing should focus on ADHD or other medical or behavioral conditions….” Therefore, this new device can simply be seen as one test in the whole spectrum of tests already used by clinicians to come to a diagnosis, similar to neuropsychological tests, IQ tests, ADHD rating scales, etc. This EEG test is not intended as a standalone diagnostic test.

Finally, also note that the FDA does not decide or rule on which treatments and tests are evidence-based or not. As stated in the title of their news release above, the FDA “permits marketing” of the device, and this decision is based on data submitted by the manufacturer that the device is safe to use. Scientific research and professional associations such as the American Psychological Association have guidelines to evaluate which tests and treatments can be considered evidence-based, and the EEG Theta/Beta measure is not recommended for making a diagnosis of ADHD.

Thank you for this blog which offers useful commentary with relevant research data. On my website I have posted an open letter to the Comissioner of the FDA reporting some additional concerns about FDA approval of this device.