ADHD Is "Nothing To Be Ashamed Of," Says Simone Biles 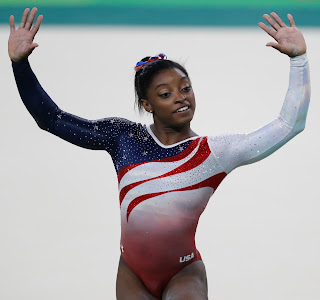 When computer hackers revealed that Olympic gold medalist Simone Biles had tested positive for Ritalin, she was upfront and unabashed about her diagnosis.

“I have ADHD, and I have taken medicine for it since I was a kid,” she wrote in a Facebook post to her fans. “Having ADHD, and taking medicine for it, is nothing to be ashamed of, nothing that I'm afraid to let people know.”

The president of USA Gymnastics supported her with a statement that Biles received therapeutic use exemptions for her prescription medications from the International Gymnastics Federation, the US Olympic Committee, and the US and World Anti-Doping Associations—and that there was no violation.

Biles won four gold medals and one bronze medal at the Rio 2016 Olympic Games this summer.  She had previously chosen not to disclose her ADHD but did so earlier this week because her medical information, along with that of other top Team USA Olympians, was published online without her consent.

Her situation is a familiar concern for many people who have decided to keep their ADHD diagnosis to themselves, says Matt Cohen, JD, a member of CHADD’s public policy committee.

“People have the right to make their own decision about the privacy they maintain and to what degree,” he says.

It can become necessary to discuss your diagnosis when someone else shares your information without your consent, just as Biles experienced. Cohen says that it’s not very often, however, that another person will reveal someone’s ADHD diagnosis, either at work or among friends.

“I deal with many people with ADHD who tell me their stories,” he says. “The circumstances where there are unwanted disclosures are relatively rare. But the potential consequences can be so great that it can be invasive and damaging to the person involved.”

If a colleague discloses your diagnosis, addressing it directly is often helpful, says Cohen. This may be with your supervisor or human resources manager. If possible, talking with the colleague about the disclosure can bring a positive resolution, since most people don’t disclose with intent to cause harm. Even an accidental disclosure can have negative results, however.

Accidental disclosure can put people in a difficult situation, Cohen says. “Do they ignore it? Do they talk to their employer to resolve it? Do they take it to the person and try to resolve it? If it leads to your being stigmatized or discriminated against, that leads to a hostile environment,” he says. “The employer needs to take action in this case, or the employee may have legal grounds for action. There are very good protections for employees on paper. But in daily life, once the information is out there, people may find ways to harass someone that you can’t prove are discriminatory.”

In Cohen’s experience, most people voluntarily disclose their diagnosis to the human resources department or their supervisor and have good experiences, particularly when it comes to receiving workplace accommodations to enable them to be successful employees. However, he adds, it is risky for some employees to make that disclosure, and so they need to carefully consider the possible consequences.

“I have lots of respect for the desire for privacy and not to disclose,” he says. “But the flip side is, I have a number of clients who are reluctant to disclose and then don’t disclose until things are going badly in their lives.”

When the disclosure is made among family and friends, Cohen says it can be just as problematic because of lingering stigma related to ADHD and mental health. Taking a proactive approach often works best.

“I think it’s important for people to advocate for themselves,” he says. “It’s often useful to try to provide education about the disorder and how it affects you. I think there’s still an enormous amount of misleading information about ADHD and prejudice about it. The more that can be done to undo those misconceptions, the better.”

Biles’ response to the computer hackers’ disclosure was a good way to handle the situation, Cohen says. Her Olympic success can help to dispel some of the lingering myths about ADHD and how it might impede someone in work or school.

“Simone Biles is a positive example of someone who can be affected by the disorder in her life and still be successful,” says Cohen. “People have the right to make their own decision about the privacy they maintain and to what degree. She is an example that you have a right to privacy, but ADHD is not something to be ashamed of. I hope she can be an inspiration for other people who have ADHD.”

Are you looking for strategies for handling your ADHD symptoms at work, regardless of your choice to disclose a diagnosis? Read Workplace Issues or watch our Ask the Expert interview with Melanie Whetzel of the Job Accommodation Network, ADHD in the Workplace: Finding Success.

Karen Sampson Hoffman, MA, is a senior health information specialist at CHADD's National Resource Center on ADHD and editor of its weekly e-newsletter.

I had no idea that Simone Biles has ADHD. I love to see high-achieving people like herself prove to the world that it's OK to take ADHD medication. We definitely need more people like her who are open and upfront about the benefits of taking quality medicine.

I also had no idea that Simone Biles had ADHD. I know that boys are more likely to have it than girls, so I was even more surprised. My younger brother has ADHD. At his age, the kids around him don't really know what ADHD is, so they just think that he is crazy and has a lot of energy. His teacher know he has ADHD so they can work with him, but, other than family, his teachers are really the only ones that know. Like I said, the kids around him don't know what ADHD is, and that makes disclosure an insignificant problem. However, I think disclosure might be a problem in the future for my brother. I think this post will help him learn who he should tell and how he should tell them. This was a great post, and I think it will really help my brother in the future.