Ritalin Does Not Cause School Violence

In response to statements made by incoming president of the National Rifle Association Oliver North regarding Ritalin, a medication for ADHD 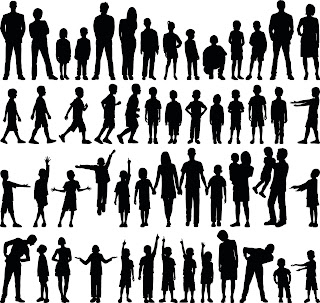 There is no evidence to support a link between Ritalin, a medication prescribed as part of treatment for ADHD, and school-related violence. In fact, the evidence demonstrates that violence is not a symptom of ADHD or a result of ADHD treatment, and that ADHD alone is not a contributing factor to violent behaviors.

When those in public positions offer explanations not confirmed by science it can have damaging effects on individuals. A recent statement by Oliver North, incoming president of the National Rifle Association, falsely attributed school shootings and other violent acts to a medication intended to treat a common health condition. Such comments only cloud the public’s mind regarding treatment for ADHD and how treatment has improved the lives of millions of people.

ADHD affects about 17 million Americans, regardless of age, gender, race, or socioeconomic status. ADHD is treated through a combination of behavioral management, therapy, prescribed medications, and lifestyle accommodations. Methylphenidate, also known as Ritalin, is one of several medications that can be chosen as part of an overall treatment plan. Research has shown that medication combined with behavioral and lifestyle management has the best success at addressing ADHD symptoms. Medication has also been shown to decrease aggression in those affected by disorders that may coexist with ADHD.

About 8.4 percent of children currently have an ADHD diagnosis, making it one of the most common neurodevelopmental disorders of childhood. Managing ADHD symptoms through combined treatment approaches leads to a more positive outcome in life and at school for children affected by ADHD. In childhood, ADHD is treated through a combination of behavioral management and parent training, academic accommodations, therapies based on the individual’s need, and prescribed medication. For children younger than age six, behavioral management, and parent training are the recommended primary treatment for ADHD. About 62 percent of children who have an ADHD diagnosis will employ medication at some point as part of their treatment plan.

Read more about ADHD treatment for children at CHADD: The National Resource on ADHD. Other articles of interest include NRA's incoming president ties Ritalin to school shootings, but here's what the science says from CNN and No links between Ritalin and school shootings, as NRA's Oliver North claimed from PolitiFact. The authors of both articles discussed these statements with leading researchers in ADHD.

Thank You, CHADD and the National Resource Center, for clarifying this issue and correcting Oliver North's gross mis-representation of the facts around ADHD and medication. In fact, proper diagnosis and use of medication for kids with ADHD is a deterrent to violence --proper treatment reduces the very serious risks facing young people whose ADHD is either not identified or treated comprehensively. #StoptheStigma! Elaine Taylor-Klaus, CEO, ImpactADHD.com

Oliver North's ignorance of the facts is astounding.

Thank you to all for weighing in on this issue. Leaving speaker motivations aside -- as well as positions on the underlying gun control debate -- it is more important than ever that our political discourse be grounded in fact. So I thank CHADD for providing an objective answer to what seemed like an off-base assertion.

Linking Ritalin use and ADHD to school violence is way off course. Indivduals with ADHD are often amazing, gifted and caring people who have the same desire to succeed and contribute to the world as anyone else. Medication is often a life-saver for them to help manage the symptoms so they can focus on building skills and working through strategies to accomplish their goals in life. It's time for all to push through the sterotypes and stigma associated with having ADHD and learn how wonderful these individuals are for our world. Instead of blaming and pointing fingers, invest time and energy in educating and boosting the availability of treatment, support and lifelines to anyone struggling with any kind of mental illuess. Address the need for those who struggle to feel included, supported and important. Empower people, young and old, to embrace differences and to find their words to talk about mental health challenges and concerns with those they have the power to love and support. What would that do for reducing violence?