Why Do Executive Function Deficits Matter? 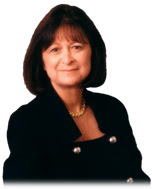 Executive function is a term parents and professionals have been hearing more and more often in recent years. If you’re wondering why executive functions are so important, you don’t want to miss my keynote address at the CHADD regional conference in Long Island on May 14. My presentation entitled Executive Function: Why Does It Matter? will explain what a profound impact these functions have on school performance and everyday life.

I first heard of executive function deficits in a presentation by Russell Barkley some fifteen years ago. I was stunned; everything he said described our son to a “T.” Ultimately I realized, that the deficits in executive functions were the primary reasons for our son’s school struggles, even more so that the ADHD symptoms themselves. Barkley had just provided the missing piece of the puzzle for me—the reason why our gifted son was failing four of six classes as a freshman in high school.

You probably don’t realize it, but you already know what executive functions are, it’s just that you may never have heard the term before. If your child has trouble getting started and finishing work, memorizing facts such as multiplication tables, is often late, forgets books and assignments, loses things, is disorganized and has a messy room, backpack and locker, then you’ve been dealing unknowingly with deficits in executive functions for several years.

I do hope you’ll join us on May 14. Not only will I identify key executive function deficits, but I’ll also suggest specific strategies to address these deficits. After my presentation, I’ll be available to autograph the second edition of my brand new book, Teaching Teens with ADD, ADHD, and Executive Function Deficits.

I look forward to seeing you soon.