Do 504 Plans Help Students with ADHD? 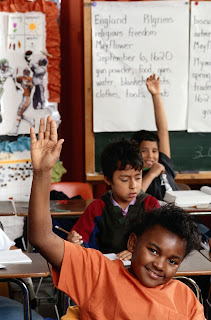 CHADD has had longstanding concerns with the process, quality and implementation of Section 504 plans and with compliance with the regulations governing them. To learn more about how Section 504 plans were being implemented, CHADD conducted a survey of members about Section 504 and its use around the country. The survey, conducted between July and August 2014, generated approximately 700 responses. The findings confirmed the anecdotal reports CHADD has been receiving from parents, professionals, and educators about the use (or lack of appropriate use) of Section 504 in the public schools.

Many children were deemed ineligible for special education services and received a 504 plan only at the initiative of the parent.

Here are some of the comments from respondents:
•    “They told me she didn’t qualify for an IEP because she didn’t have another medical disability such as auditory processing or a learning disability.”
•    “The principal said our child was at grade level and that he would need to be three years behind grade level to qualify for an IEP.”
•    “I was told that they did not diagnose African-American children because there is a law prohibiting IQ tests being given to them.”

504 plans are often not effective.

•    “The 504 does not include the co-diagnoses of anxiety or depression.”
•    “Never given extra time unless he specifically asked in advance (the problem is, with [ADHD], the kid never knows when he needs extra time until it’s too late to ask for it).”

Two-thirds of parents felt the 504 plan was NOT effective in addressing their child’s needs. Behavior and discipline problems were common for the majority of children, but the majority of the 504 plans did not address behavioral issues. And co-occurring disorders were rarely addressed, even though more than two-thirds of children with ADHD have co-occurring disorders. Anxiety and panic disorders were the most common (48 percent), with several parents linking the anxiety to the school’s lack of response to the student’s real issues. The plans rarely went beyond accommodations in the classroom such as preferred seating and extra time on tests. And often the student was responsible for explicitly requesting the accommodation, even though many students with ADHD (including those in the survey) have trouble with planning, organizing, or initiating.

Plans are often not implemented.

•    “The teacher wasn't following the plan at all, she admitted to me that she hadn't even read the 504 plan [and] didn't even know what a 504 was.”
•    “Teachers refuse to comply with the 504. We were actually told by the resource room coordinator that they all thought these were suggestions and optional, not required.”

Parents were often not informed of their procedural rights and safeguards against inappropriate discipline were reportedly frequently not followed.

The vast majority of parents responding were not aware of their procedural rights under Section 504, including the right to a hearing if there was a dispute over 504 issues. Further, students encountering behavior problems were not given interventions to address their problem behavior. Students subjected to suspension or expulsion were generally not given a manifestation review meeting to determine if their behavior was due to their disability.

What can you do?

If you find a 504 plan is not working for your student, make a request in writing to the principal for a meeting to discuss the problems with the school. If this does not lead to an effective remedy, then you may file a complaint with the Office for Civil Rights in the Department of Education. A complaint must be filed within 180 days from the incident(s) involving discrimination, so don’t wait too long. You may also request a Section 504 hearing from the school instead of or in addition to filing a complaint with OCR.

CHADD continues to work with the Office for Civil Rights. We are asking OCR to issue new guidance to school districts on ADHD and 504 plans. You can help move this process along by contacting your Congressperson (house.gov) or Senator (senate.gov) and asking them to urge the Office for Civil Rights at the Department of Education to issue a new Policy Guidance to address the problems of 504 plans for students with ADHD. Both a sample request and the final report on CHADD's 504 survey are available.

Section 504 of the Rehabilitation Act prohibits discrimination against any person with a disability. In the school setting, this means providing accommodations, supports, or services for students with disabilities so that the student may fully participate in school activities and receive a free and appropriate public education. This is not the same as special education. Usually, students with ADHD who are experiencing difficulties at school but are not eligible for special education services are eligible for a 504 plan.

Most 504 plans call for accommodations in the regular classroom such as seating preferences, additional time on tests, or a copy of teacher’s notes. But instructional and related services that are necessary for the student with ADHD to have equal access to the educational process with his or her fellow students may be included in the plan. You can request an evaluation for special education or 504 services by sending the principal a dated, written letter. Do it in writing so you have documentation of the request and the date of submission.


Ruth Hughes, PhD, is a special advisor to the CHADD board of directors and a member of its public policy committee. A clinical psychologist by training, she served as CHADD CEO from 2010-14.
Matthew Cohen, JD, is well known for his work in special education law and extensive experience in healthcare and mental health law. He is a past president of CHADD and currently serves on its public policy committee.